MMO games that have the best private servers 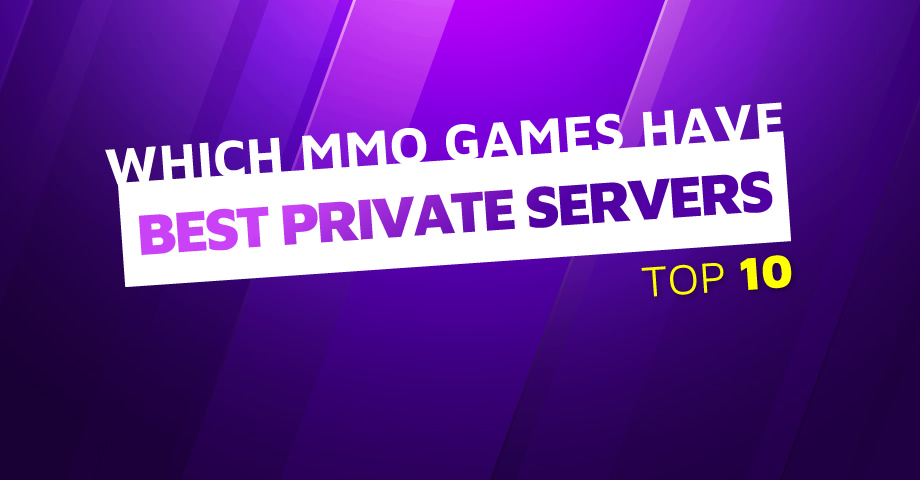 Everyone knows that World of Warcraft has countless private servers out there. Various XP rates, different versions and so on. But what are the other games that have lots of private servers to choose from? Let's take a look at the list below, starting from the most popular server, which (SPOILER ALERT) is WoW. The following information is based on Google Trends early 2019.

WoW has some very unique servers out there that have their own little twists. In addition to modded servers, there are also a lot of vanilla-like servers and older server versions since some people preferred the old WoW. The total amount of WoW servers is huge and growing each day. Since there still isn't a new dominant MMORPG out there, the majority of players keep finding their way back to WoW.

MU has the best looking skills and items out there for an old game. Wings are part of MU and they are not only decorative, but also powerful items. In addition there are awesome sets, upgrading them makes them even more cooler with glowing or liquidish effect at certain stages. You can tell how good someones gear is just by looking at them. A lot of private servers out there, mostly difference from each other by XP and Drop rates. Of course some servers have newer, some older versions of the game. Lately more and more player are going from Official to Private servers because of the P2W problem.

Metin2 has an outstanding amount of private servers as well. Not to mention that some of them are very active, over 1000 players being online at the same time. Some say the original game was too grindy and that it was a bit too much Pay 2 Win, maybe that's why there are so many private servers out there. Private servers can offer you less grindy and free (mostly) gameplay. Since PvP is extremely addictive in this game, players don't stop playing once they reach max level, it just gets more fun from there.

Flyff was one of the first popular anime-styled MMORPGs out there. The fact that you could travel the world in the sky made the game even more thrilling. There's plenty of quests and the game itself is fairly easy to learn. The original game doesn't have too many flaws, but there still seems to be a huge amount of private servers for Flyff nontheless.

For over a 15 years old game, the community sure is active. The fast gameplay and awesome combat simply pulls you in for hours. It doesn't have fancy 3D graphics that some other MMORPGs have, but that nostalgia feeling you get from Conquer graphics might just be why it's still so active.

Cabal doesn't have that much activity going on in the official server, but the private ones sure are popping up. Overall very decent F2P MMO, the official might be too heavily focused on microtransactions, but private servers usually don't have that issue. For an old game, the graphics are very nice and doesn't feel too much outdated.

Shaiya is heavily focused on PvP, which means players don't leave once they are maxed. You'll never have the perfect gear or build and you'll always want to test and tweak your character somehow. There are some very old private servers out there that don't plan on cloing anytime soon. Even new servers are made every now and then, but there aren't that many servers in total, rather are a couple large ones.

Dekaron is another PvP based MMORPG. This is where most of Dekaron's community is at, battling each other and perfecting their characters. This may be the reason why most of Dekaron servers are High XP ones. Players don't want to fight mobs that much, quickly max your character and start the PvP action. Private servers also have better character balancing compared to Official server, maybe that's why Dekaron fan enjoy private servers instead.

Perfect World has awesome looking graphics, it's simply easy on the eyes. Large number of cool looking weapons and mounts. Quests are quite straightforward, simply lay back enjoy leveling and exploring the world, which is just stunning. One of few games where you wouldn't be furious about grinding XP, the environment just pulls you in.

Although Aion's official server peak is over, the private servers are as active as ever. Since this is game was released a bit later that some other MMORPGs, the graphics are very modern. The ability to fly with your wings sure is a cool feature that should be implemented in every MMORPG. The boss fights are awesome and PvP is fairly entertaining, a sweet balance between the two.