MMORPGs are often expansive, fantastical worlds that are ripe for exploration. Whether you're playing as a lethal assassin, a helpful healer, or a buffing support, the MMORPG genre allows for a lot of customization. Perhaps that what makes the genre so enticing; to be able to play your ideal role in a giant, living world. If you examine just a singular MMO, you'll likely find a plethora of abilities, roles, and character classes to choose from. With so many options, it's tough to figure out what the best character options are for your playstyle of choice. It's tough to become a top-tier MMO player, and it's even tougher to do it without any help or information. Unless you're willing to create multiple characters and replay content for hours and hours, you'll want a bit of knowledge going in. Luckily, for all the healers reading, we've gone out and researched three great MMORPGs and discovered tips and tricks for making the best healer. Whether you're trying to boost your buddies in The Elder Scrolls Online, World of Warcraft, or Final Fantasy XIV, here are some of the coolest and most interesting healer classes. 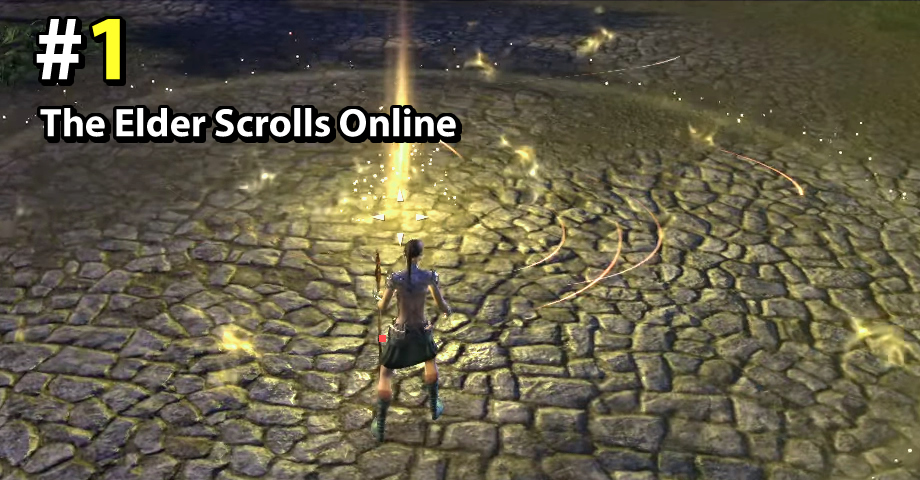 The Elder Scrolls Online is the most recently released MMORPG on our list, first appearing in stores in 2014. This massive online fantasy title draws its inspiration from The Elder Scrolls franchise, an RPG series that was previously known for its lengthy single-player adventures. The Elder Scrolls Online brings in the signature first-person perspective of the franchise (along with a third-person perspective), and heavily focuses on questing and PvE. However, there's a fair amount of PvP content as well, so any kind of player will enjoy their time with the game. Whether you're gearing up to fight monsters or other players, knowing your way around healing in The Elder Scrolls Online is important. While nearly every player can heal effectively, it takes some decent skill and gear matching to create a powerhouse healer.

When you create your character, you'll have the option between a slew of races and classes. In terms of healing, your race won't matter that much, but we recommend you pick the High Elf for a significant boost in magic regeneration. From here, you have the choice between a handful of classes, including Warden, Sorcerer, Templar, and more. While the Warden and Sorcerer classes can be kitted to produce decent heals, the Templar class has the best skill line for overall healing.

In The Elder Scrolls Online, making a healer class is all about the gear you choose to equip and the skills you want to level. For healers, you'll want to equip armor that allows for mobility (that's light armor), and seek out gear sets that increase your magic and health regeneration. In terms of weaponry, you'll most likely want to use a restoration staff or something similar, due to the focus on your character's magic. For players roaming solo and looking for some more damage, feel free to double-down on more damage-focused weapons, as your gear will be the main source of healing buffs. With these handful of tips, you should be able to craft an excellent Templar healing class with ease. There's no “right” gear set to equip or weapon to use, as The Elder Scrolls Online allows for huge success if you stick with any class long enough. 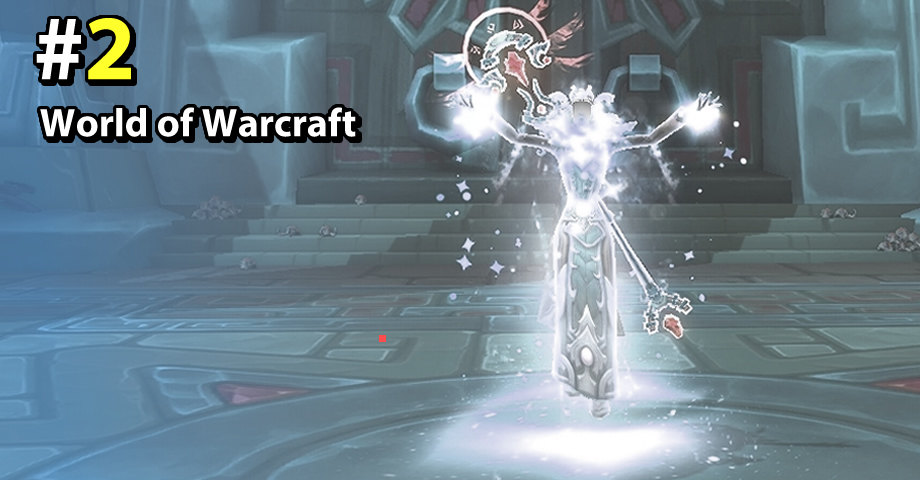 If The Elder Scrolls Online represents the “new school” in MMO's, World of Warcraft is basically the grand-daddy of all great MMOs. If it’s been done by almost any other MMO, World of Warcraft did it first. The game originally released in 2004, and is the fourth game set in the Warcraft universe. Since 2004, the game has undergone a series of massive changes as new expansions have released. World of Warcraft was (and still is) a massive game, but the height of its popularity was during the “vanilla” (base, unaffected version) phase of the game. Playing “vanilla”  is one of the most sought after experiences in the World of Warcraft community, and many purists are looking forward to the new vanilla servers releasing soon. With all of this excitement, there's no better time to hop into World of Warcraft.

The Restoration Druid is one of the best classes you can choose in World of Warcraft if you want to support and heal your team. This is mainly due to their high output of healing, and their ability to apply “Heals over Time”. For bigger damage events, these “Heal over Time” spells can be consumed for larger heal bursts, which can quickly save your party from a full wipe. The “Heal over Time” spells provide an excellent amount of utility, and should not be ignored. The Resoration Druid is great for group healing, mainly due to an excellent spell that casts a healing zone. Once inside the zone, allied players can hang out and keep their health levels acceptable. With the “Heal over Time” and healing zone spells, Restoration Druids keep the archetypal healing class interesting by removing the need to burst heal at tense moments, very aptly like keeping a flourishing garden of healthy dungeon allies. 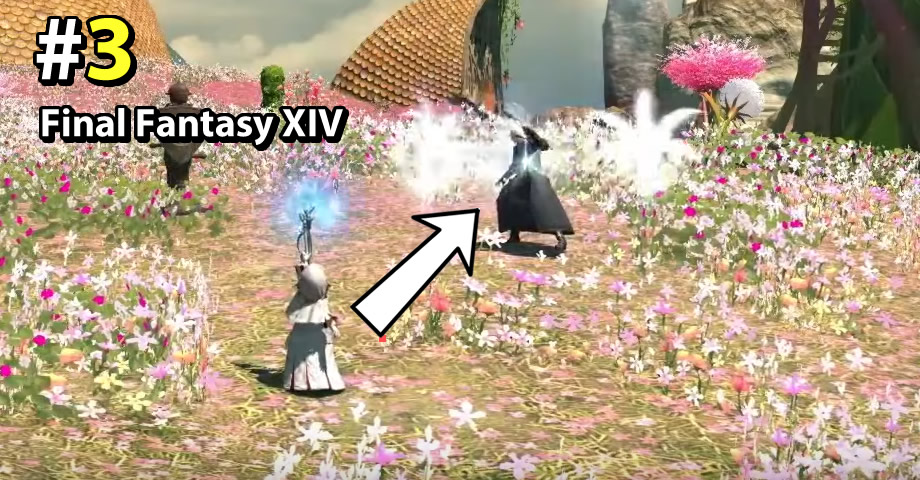 Unlike World of Warcraft or The Elder Scrolls Online, Final Fantasy XIV is a bit more restrictive in its class system. Final Fantasy XIV revolves around “jobs”, which can be leveled to unlock additional classes. As you work on various jobs and facets of your character, you'll have more options on how you want to kit out on quests. The Final Fantasy franchise has its roots deep in the traditional RPG genre, but has seen fantastic online entries numerous times before. Final Fantasy XIV brings a huge amount of content, including questing and PvP, so having the right class is super important.

Final Fantasy XIV has a limited number of classes that are able to heal. You have three main choices, but all three roles have similar abilities. The most well-rounded healing class is the White Mage, which requires you to level up the Conjurer class to Level 30 before it is unlocked. The White Mage offers a nice selection of healing-focused spells for both group and single targets. For example, the early spell “Cure” is a great foundation for healing, as it provides decent heals with a chance of a free cast. Later healing spells such as Benediction allow the White Mage to fully heal a party member, which is an invaluable ability during tough dungeons.

Generally speaking, you can aid your stats by equipping the proper gear, but healing in Final Fantasy XIV comes down to how you choose to use your spells. Because of this, the White Mage edges out other classes. The White Mage skill set is easy to understand and provides a good mix of healing options. For beginner players and advanced alike, the White Mage is the go-to healing class for most situations. 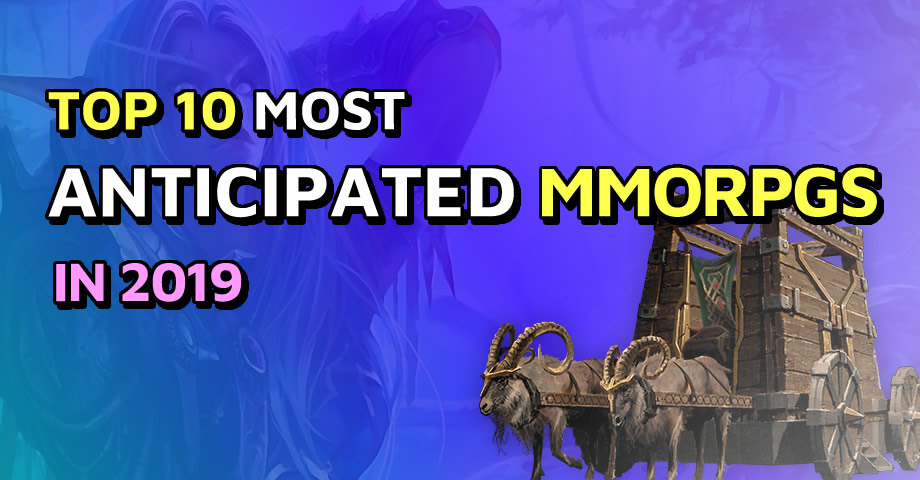