How to pick a WoW private server 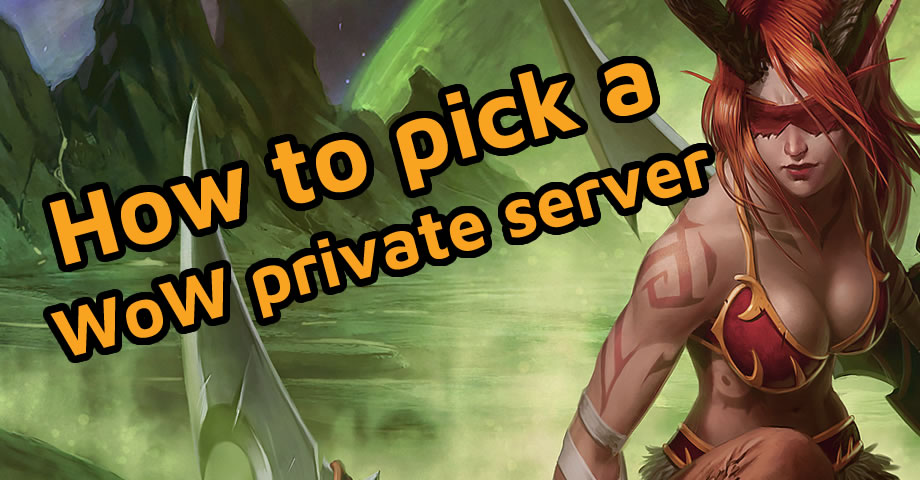 Which of course totally depends on your preferences. There are high rate servers that offer maxed level characters right off the bat or even powerful gear. Might be perfect for you if you lack the time to grind and simply wish to jump in for some PvP fun.

Then there are low and medium rate servers. Problem with these servers is that you'll have to catch up with other players and it might get really frustrating at times. It's difficult to compete with players who have perfected their gear for the past few years.

Take a quick glance at your wallet and figure out if you really want to compete in a P2W server. There are bunch of private servers out there that do have microtransactions, but they don't necessarily make players overpowered. This is also a solid win over Classic WoW, which has tons of sites selling gold and various other in-game items for real money.

First of all, try to avoid servers that are focused on a language you don't understand. For example if you don't speak Hispanic, then it's better to skip that server or else it will be near impossible to communicate with other players.

Also in the first few days really keep an eye out for Admin and Moderator activities. You might find them abusing their power or bullying players, which is an instant red flag.

With private servers it's always a bummer when your hard work gets deleted, but more and more servers are luckily starting to use Character transfer. This is not really important if you play on High XP rate servers, but rather for low XP servers. Always keep an eye out for servers that support Transfers from one private server to another. For example if your current server has announced a shut down in the near future, you can find a server that supports a Transfer and hop on there without losing your progress. Some servers might also give you some of your old items back or simply some complementary items.